Best Buy Co., Inc. is an American multinational consumer electronics retailer headquartered in Richfield, Minnesota. Originally founded by Richard M. Schulze and James Wheeler in 1966 as an audio specialty store called Sound of Music, it was rebranded under its current name with an emphasis on consumer electronics in 1983.

Best Buy operates internationally in Canada and Mexico, and formerly operated in China until February 2011 (when the faction was merged with Five Star). The company also operated in Europe until 2012. Its subsidiaries include Geek Squad, Magnolia Audio Video, and Pacific Sales. Best Buy also operates the Best Buy Mobile and Insignia brands in North America, plus Five Star in China. Best Buy sells cellular phones from Verizon Wireless, AT&T Mobility, Sprint Corporation in the United States. In Canada, carriers include Bell Mobility, Rogers Wireless, Telus Mobility, their fighter brands, and competing smaller carriers, such as SaskTel.

Best Buy was named "Company of the Year" by Forbes magazine in 2004, "Specialty Retailer of the Decade" by Discount Store News in 2001, ranked in the Top 10 of "America's Most Generous Corporations" by Forbes in 2005 (based on 2004 giving), made Fortune magazine's list of "Most Admired Companies" in 2006, and "The Most Sustainable Company in the United States" by Barron's in 2019. Hubert Joly is executive chairman of Best Buy, having been succeeded as CEO by Corie Barry in June 2019. According to Yahoo! Finance, Best Buy is the largest specialty retailer in the United States consumer electronics retail industry. The company ranked number 72 in the 2018 Fortune 500 list of the largest United States corporations by total revenue. 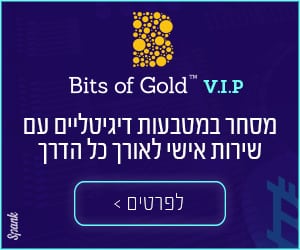